This post was written by SVSLI intern Erica Demson. 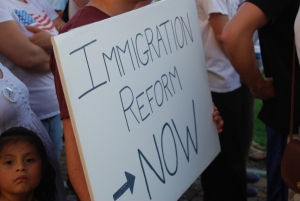 If you were in downtown Harrisonburg last Wednesday evening, chances are you heard the parade of people chanting, singing, and beating a drum. “El pueblo unido jamás será vencido,” is just one of the sayings that were chanted.  It translates to: “The people united will never be defeated.”  The group that gathered, consisting of family, friends, students and people of the community, came together to promote immigration reform.

They congregated at Court Square, where speeches were given and songs were sung in English as well as Spanish. The rally proceeded to march around downtown until they ended at Congressman Goodlattes office. They hoped their efforts would impact Goodlattes decision on the immigration reform bill in Washington

Having never been to a rally before, I was very excited to see the huge turn out of people. The people that came arrived with an enthusiasm and excitement that radiated throughout the crowd. It was contagious. Men carried their toddlers on top of their shoulders, mothers held their children’s hands, groups of teenagers flocked together, and every person was focused bringing awareness to the community. I walked next to a group of young girls who came up with their own chant. The girls were shouting with so much vigor and 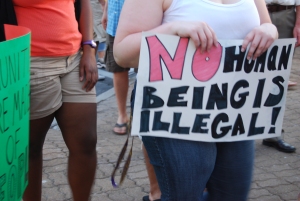 energy that people ran over with the megaphone so that the whole crowd could hear them.It was inspiring to see such a presence of young people at the rally. I hope their passion on the issue of immigration continues because that kind of dedication cannot be ignored for long.

“Sí se puede” or “Yes we can” was another chant that the rally utilized. The crowd was saying “yes we can” to keeping families together, working in this country, receiving equal treatment or a number of other things. Above all, the rally brought the community together to support reform of our current immigration system so that all the “yes we cans” can be achieved.

Here are some pictures from the rally: 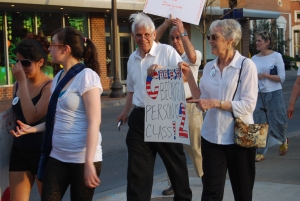 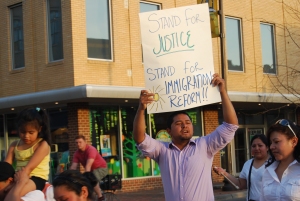 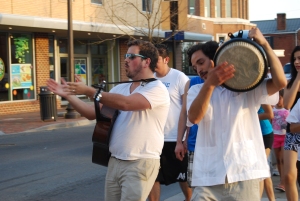 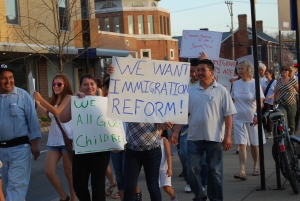 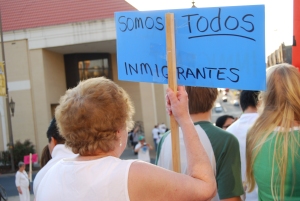 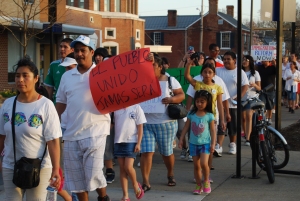 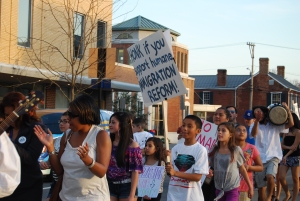 For more information on the immigration rally, check out WHVS’s coverage here: http://www.whsv.com/community/headlines/Immigration-Reform-Supporters-Rally-in-Court-Square.html